LOS ANGELES (Reuters) – Actor Ashton Kutcher told a Los Angeles jury on Wednesday that he was “freaking out” after learning that a young woman was found dead in Hollywood the day after he called at her home for a date.

The former “Two and a Half Men” star was testifying as a witness at the trial of a man dubbed the Hollywood Ripper who is charged with the murder of the young woman and two others. 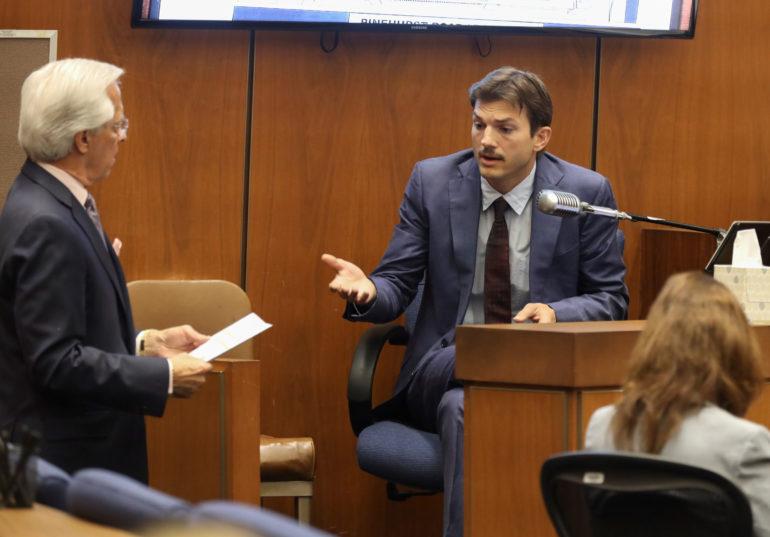 Kutcher said he arrived at the Hollywood bungalow of fashion design student Ashley Ellerin on the night of Feb. 22, 2001, after speaking to her by phone earlier that evening to arrange a date, the Los Angeles City News Service reported.

But when he got there two hours after the call, Kutcher said he found the lights on and the door locked. Peering through the window he saw “what I thought was a red wine spilled on the carpet.”

“I didn’t really think anything of it,” Kutcher said, adding that he “figured I screwed up” by showing up late, and he assumed Ellerin had gone out with a friend, City News reported. 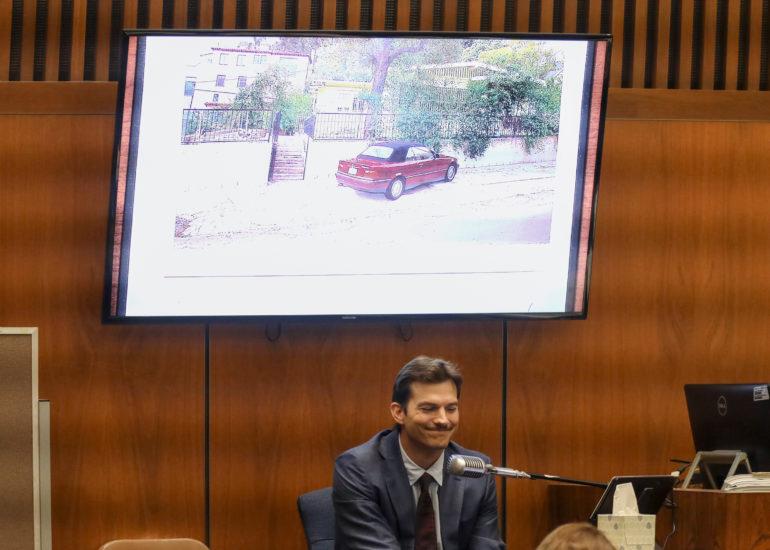 Ellerin, 22, was found dead at her home the next morning by a roommate. She had been stabbed 47 times, prosecutors said.

Kutcher, now 41, said when he learned what had happened to Ellerin, he spoke with police and was “freaking out” because he knew his fingerprints would be on the front door of her home. 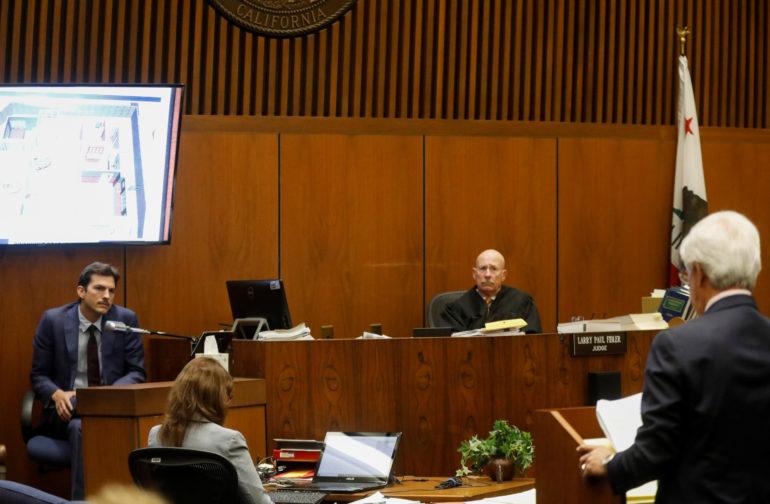 Michael Gargiulo is on trial at Los Angeles Superior Court for the murder of Ellerin and two other women and the attempted murder of another.

In 2001, Kutcher was making his name as one of the stars of the television comedy “That ’70s Show.” Ten years later he was cast in the hit comedy “Two and a Half Men.”

In 2005, Kutcher married actress Demi Moore. After their 2013 divorce, he wed his “That ’70s Show” co-star Mila Kunis, with whom he has two children. 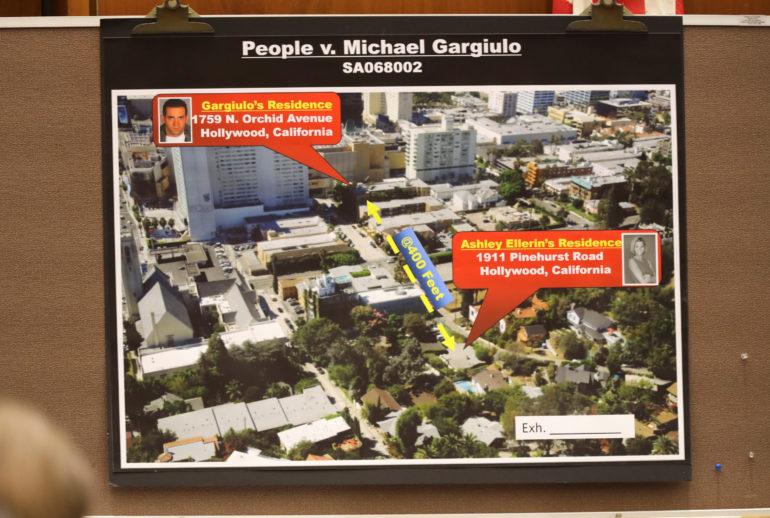 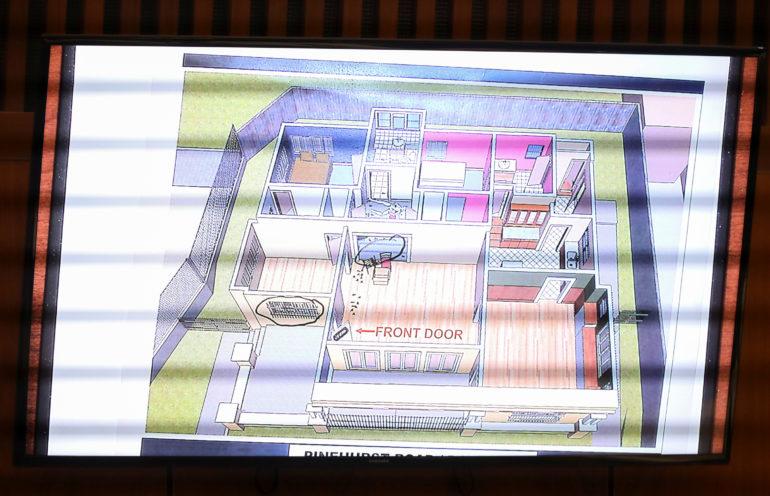 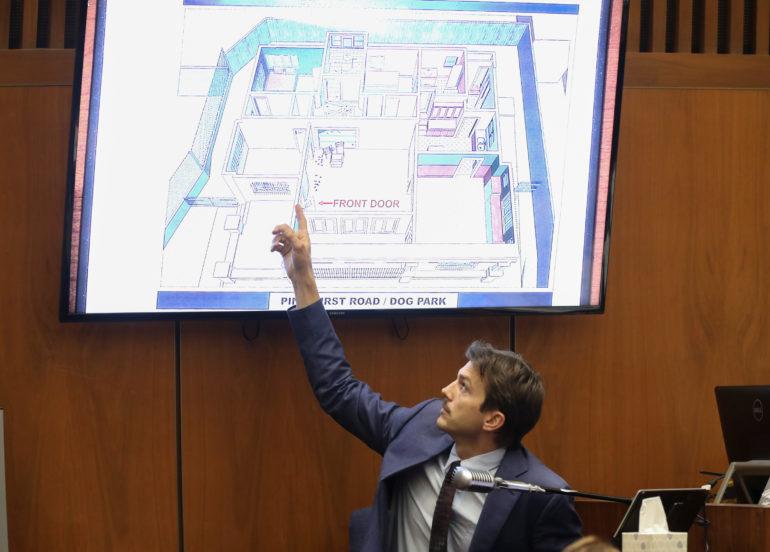 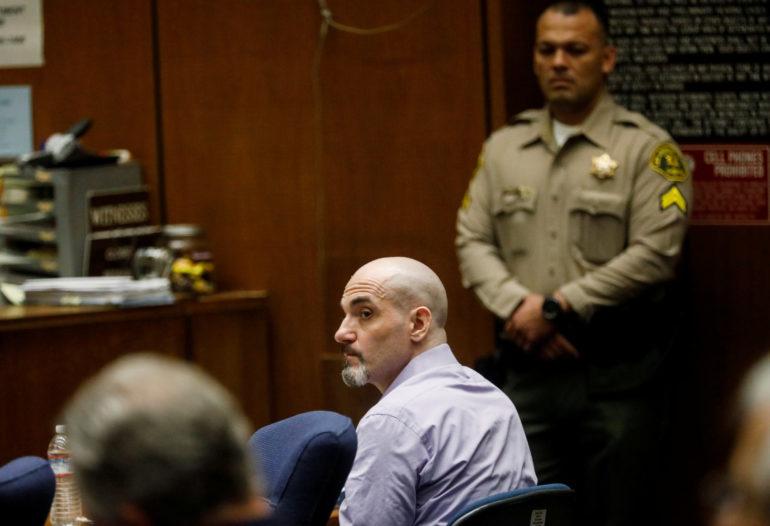