As the BBC Nears 100 Years, the Pubcaster Battles to Stay Relevant in the Digital Age

LOS ANGELES (Variety.com) – As it heads toward its centenary in 2022, the world’s most famous public broadcaster is either making itself fighting-fit for the digital age or in danger of losing an entire generation of viewers, depending on your take — and in the U.K., everyone has a take on the BBC.

More than 90% of Brits connect with the Beeb at least once a week. Almost three-quarters say it is effectively carrying out its mandate to inform, educate and entertain. Adults in the U.K. spend about 18 hours a week in the company of the .

Such numbers would make a U.S. network boss jump for joy. But all of those 2018-19 statistics represent downturns from the previous year, with the decline steepest among 16- to 34-year-olds, whose viewing of BBC channels has halved since 2010, and who spend far more time watching Netflix, according to a parliamentary report last November.

Winning back younger viewers is one of the BBC’s most urgent priorities. And given the pubcaster’s influence and reputation, broadcasters and content companies around the world have their eyes fixed on the service as it attempts to reinvent itself.

Tony Hall, the BBC’s ever-optimistic director general, says it’s not a matter of convincing young people of the pubcaster’s value. “What I really like about all our polling on younger audiences is they’re telling us they believe in the BBC,” Hall tells Variety. “That’s very strong and consistent — and in fact rising slightly. Then the question is how you get to them.”

A key answer for Hall is the BBC’s iPlayer. The broadcaster is pouring resources into the streaming service, which was once a catch-up platform but is being overhauled to offer more live programming, more originals, greater personalization and content available for a full year, instead of just a single month. Hall insists the revamp isn’t just about younger viewers.

“Within three years, maybe four, iPlayer will be the way in which everybody uses the BBC,” he predicts. “It will be the main route to market for all age groups.”

Usage is certainly growing. There were 3.55 billion program requests on the platform through the first 10 months of 2019 — a double-digit increase year on year — compared with 3.6 billion in all of 2018. “A strong and clearly positioned online streaming platform at the core of its business is important for BBC,” says Girts Licis, head of strategy at analysts K7 Media.

But can even a refurbished iPlayer take on the U.S. streamers, especially with Disney Plus about to hit the U.K.? That’s a tall order, given the unequal oversight of such services, Licis says. As a public service broadcaster, the BBC is subject to scrutiny by media regulator Ofcom, but streamers like Netflix aren’t, which lets them act quickly to adapt to market shifts. In a decision now seen as a major mistake, Ofcom blocked an attempt a decade ago by the BBC and other local broadcasters to establish a joint on-demand service, saying it would inhibit competition. The regulator recently relented, allowing the BBC to launch BritBox on home soil with ITV and to revamp the iPlayer, but valuable time and first-mover advantage were lost.

Netflix has almost 12 million customers in the U.K., and Amazon 6 million, per the U.K.’s Broadcasters’ Audience Research Board. The two companies also have deep pockets. The BBC is not hard up — the television license fee levied on households brings in £3.8 billion ($5 billion) — but it has an agreement with the government to deliver cost savings of slightly more than $1 billion by 2022. It’s about halfway to that goal.

“Within three years, maybe four, iPlayer will be the way in which everybody uses the BBC. It will be the main routeto market for all age groups.”
, BBC director general

If a new and improved iPlayer is the BBC’s answer to a changing world, the question producers are asking concerns rights. They’ve built businesses by owning and selling content, and fear that the BBC, by looking for a longer window on shows for the iPlayer, is attempting to rewrite the rules. Producers say that changing the terms of trade would be a huge blow to the highly regarded indie sector and drive them to Netflix, since working as a gun for hire, without getting to own the rights to shows, is more lucrative with the streamers than with the BBC.

The pubcaster needs to keep suppliers happy to ensure it gets the best of British creativity, says John McVay, head of indie producers’ association Pact. “The BBC tries to super-serve everyone all of the time,” he says. “It ain’t gonna work like that. What it needs to do is be clearer that it will give us all something some of the time, and open up more slots and do new things. That’s how you beat Netflix and the rest of them.”

Relations with program makers are all-important when they have more doors to knock on. Sally Woodward Gentle is one of the U.K.’s best-known drama producers and runs Sid Gentle Films, which is backed by the BBC’s commercial arm, BBC Studios, and has made shows including “SS-GB” for the broadcaster. It also produced “Killing Eve” for BBC America, which the BBC in the U.K. passed on three times before finally buying the rights to air in Britain. The show has since become one of the biggest box-set sellers on iPlayer and is especially popular with younger viewers.

The lesson, Woodward Gentle says, is that the BBC needs to be more daring. “It’s going to have to strike strategic alliances to have the creative impact,” she says. “It’s easy to stay safe and not scare the horses, but it needs to take risks. It needs to back British voices and inventive ideas as well as classic drama.”

But even dramas that seem perfect for the BBC can slip through its fingers, especially in an era of skyrocketing costs. Andy Harries, producer of “The Crown,” said recently that the show could not have existed without Netflix and its enormous pocketbook. “They were the only place that made a real offer,” he told a panel at the London Film Festival. “The BBC and British broadcasters didn’t have the ability.”

Under Hall, the BBC has rolled its commercial and production arms into one entity, BBC Studios, which he describes as “one of the biggest changes to the structure of this place in a generation.” BBC Studios generated $320 million for the broadcaster in the most recent reporting year (2018-19). Hall also struck a decade-long, nearly $400 million deal for the Beeb’s world-famous natural history content to be shown on a new Discovery global streaming service scheduled for launch later this year.

With that and other direct-to-consumer services landing in Britain, “a new phase of disrupting the disruptors” is on the horizon, Hall says. He professes admiration for Netflix, but it, too, will “face a challenge from Disney, Apple and others rolling out,” he maintains. “It is going to be a tougher market for absolutely everybody.”

The upheaval makes the BBC more, not less, relevant as a unifying force in a confusing and fragmented world, Hall argues. “The BBC is the answer to fake news and misinformation — BBC News is used by 426 million people a week,” he says. “How [do] you join up the country and bring people around big events? It’s still the BBC. If you look at who can best nurture, enable and develop talent … again you go back to the BBC.”

As the U.K. ties itself in knots over its exit from the European Union, the broadcaster remains a major contributor to British soft power around the world and is the envy of other countries, Hall says. “As soon as you leave these shores, everyone is telling you they’d love a BBC.”

That might be true in plenty of far-off places. But the big battles on home turf — to win back young viewers, keep producers in the fold and satisfy skeptical politicians — are just beginning. 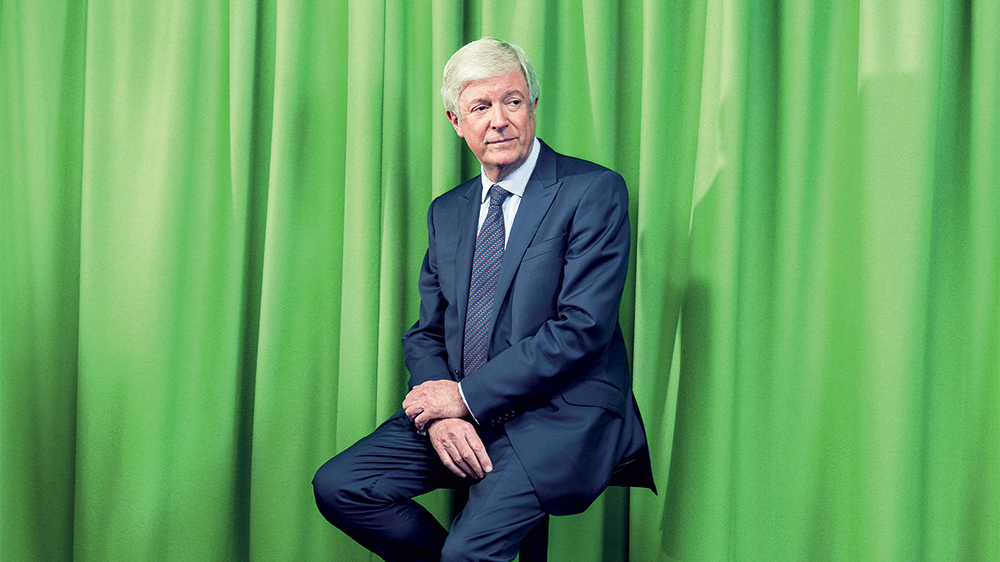