In a series of since-deleted tweets, the “Thank U, Next” artist expressed frustration that the family of her late ex-boyfriend Mac Miller was invited to the Grammys despite the fact that Miller would lose out in his category — best rap album — to Cardi B.

“F—,” she tweeted, as Cardi B was announced the winner. “Trash,” she continued, and “literal bulls—.”

At first, some thought she was referring to Cardi’s win, but Grande later clarified that it had “nothing to do w her.”

She then responded to a fan’s tweet explaining that Miller’s family was invited to the ceremony only to watch him lose, writing, “this. this is what i meant. karen was gonna have a green suit made,” referring to Miller’s mother, Karen Meyers.

“THEY INVITED HIS PARENTS OUT. NO,” she added in another tweet.

“he slept in the studio for two months,” she also wrote, referring to Miller’s dedication to his nominated album, “Swimming.”

Grande was initially in talks to attend the ceremony and perform, but after producers would only allow her to perform a medley including “7 rings” if they were allowed to choose the second song, she opted out of performing or attending the ceremony . The tension was only added to by the fact that Grande’s image could be seen all over Los Angeles in billboard advertisements during the lead-up to the awards show.

She also posted images Sunday night of the dress she would have worn to the . 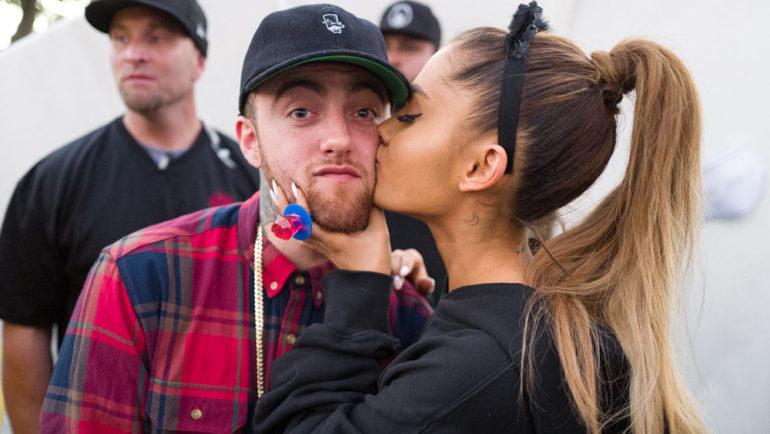