LOS ANGELES (Variety.com) – Amber Tamblyn, the star of “The Sisterhood of the Traveling Pants” films and “Joan of Arcadia,” has moved away from acting in recent years and toward activism. She was deeply involved in Hillary Clinton’s presidential campaign and was one of the founders of Time’s Up, a non-profit organization that was formed in 2018 to combat sexual harassment in the workplace.

Tamblyn has also become more interested in writing, contributing to the New York Times, as well as authoring books of poetry and the novel “Any Man.” Tamblyn’s latest work, “Era of Ignition,” is equal parts memoir and call to arms. It’s a look at the corrosive impact of sexism and misogyny in politics and the entertainment industry, but it’s also a hopeful story about the power of social movements to effect change. Tamblyn spoke with Variety about her new book, her respect for , her bad experiences with Bernie Sanders supporters, and her controversial comments about Sen. Susan Collins and “male grooming.”

Can you explain the book’s title, “Era of Ignition”?

The title encapsulates the place that we are collectively as a nation. It feels like a time of immense change. Things are breaking apart in very big and fundamental ways, which can be terrifying. But it can also be a good thing. It’s an opportunity for us to make real, lasting progress.

What you’re describing, this period of social unrest and activism, is it in response to Donald Trump’s election?

Trump was a huge part of why unprecedented numbers of women marched on Washington. It’s why an unprecedented number of women ran for office in 2018 and won, and it’s also why an unprecedented number of women are running for president in the Democratic primary. It’s a fire that we’re feeling right now. Part of that is a response to Trump, but I think Hillary Clinton’s loss was sort of this cherry on top of a much more deeply rooted feeling of invisibility that women have felt for so long. No matter how anybody feels about her personally or her politics, the truth is that very deeply ingrained misogyny played into the 2016 election. Every woman, at some point, no matter what she’s done in her career or what profession she works in, has been like Hillary Clinton. They’ve been the most capable person in the room or the most qualified person in the room and they still didn’t get the job.

You volunteered for Hillary Clinton’s presidential campaigns in 2008 and 2016. What did you like about her as a candidate?

I was introduced to her when I was very young by Mary Steenburgen, who played my mom on “Joan of Arcadia.” I remember Mary saying you’ve got to meet this friend of mine. She’s so amazing. She knew I was into politics and had volunteered at polling stations. She took me to see Hillary speak at a private event, and I’d never seen somebody speak off-the-cuff like that without a teleprompter or notes. I just liked that she was a person who cared less about the superficial things and cared more about matters of substance. Growing up in an industry where there’s so much focus on superficiality and the way that you look and the way you dress and how much you weigh, I admired a woman who pushed past all of that to the point where people were irritated by her persistence. Every time I felt like I was failing in my life or career, I’d just look to her and think that she had pushed through so much more.

Were you disappointed that Hillary Clinton just announced she’s not running for president in 2020?

I think that’s the right thing to do and she knows that. I wouldn’t want her to go through that again. I wouldn’t want her to go through all the lies and the cruelty. It would be one thing if people were willing to accept her for who she is, but I think she made the smart move. I will forever feel robbed that I didn’t get to experience Hillary’s presidency.

In the book you share an anecdote about taking a picture with at a Hillary Clinton campaign rally. He’s kind of irritable and says “after this no more pictures.” Why did you include that story?

I put that in at the last minute. There’s a lot of current Bernie supporters who are upset and who are tagging me on Twitter and calling me a piece of s— for ever daring to speak against him, but I feel like it was important to remember the abuse that a lot of Clinton supporters experienced from Bernie supporters in 2016. There was a lot of negative language used towards us and also a lot of sexist language used. It wasn’t just online. It wasn’t just Russian bots. I met these people in real life, I heard them say terrible things.

I think he’s wonderful and, by the way, I think Bernie would make a great president and I will vote for him if he’s nominated. But it’s important to remember that misogyny is pervasive. It’s much more than just calling a woman a bad name. Bernie was honored for his curmudgeonly style. He had that privilege. He was allowed to be whoever he wanted to be. Bernie said in front of me, “I don’t want to take any more pictures after this. I’m done.” Hillary couldn’t have behaved like that. It would have been national news and she would have been vilified for it.

Where do the Time’s Up and #MeToo movements go from here?

Well, first I’ll clarify the difference between #MeToo and Time’s Up. Time’s Up is not a movement, it’s an organization. #MeToo is a movement. The reason so many of us got together and created Time’s Up is because we didn’t want a woman or a man to ever have to say “me too” again. We focus on legal and legislative policy that can change the laws that have created these problems in the first place. We want to make sure there are safe and dignified workplaces for all people. The organization has been going into all these different industries where change is really needed in a large-scale way. We just launched Time’s Up Healthcare, which is trying to change representation and pay for women and the LGBTQ community in the medical field. We need more women in research. We need more women on hospital boards of directors. We need more female physicians. You can look across almost any industry and see this kind of imbalance. Any person can raise their hand and say “there’s a big problem here. We need help.” Time’s Up will be there to support them.

When Hollywood went through its sexual harassment and sexual abuse reckoning, there was a lot of push-back in some circles. Critics said it was a “witch hunt” and that it was going too far. Is that attitude still out there?

People will always say that. There will always be an attempt to suppress and stop any large-scale shift in the way an industry has operated for all these years. People felt a lot of uncertainty and fear over not knowing how things were going to shake out. I think it’s okay for us to live within the chaos of this moment and not know how everything is going to go. No one has all the answers. There’s no rule book for something like this. There’s no guidebook telling you how to have a revolution or how to create a civil rights movement. One thing is for sure, things couldn’t stay the same. I think we’re shifting away from individual offenders towards looking at the larger picture. It’s now about how do we change not just one person, but entire industries? How do we include men in this conversation? We need men, cis men in particular, to be allies and to help create this change. It will be good for them too.

You write about the challenges of wanting to encourage your daughter to do whatever she wants to do in life, while also telling her about the sexism she may face. How do you strike that balance?

This stems from growing up as a child actress. You’re told just follow your dreams and if you work hard, they’ll eventually come true. That’s not true. We should be talking about the rejection and all the actors that aren’t working full time. My husband said that we were going to show our daughter that she can be anything she wants to be, and while I totally admire and understand that sentiment, the truth is that it’s been proven that’s not the case for women. It’s important to tread the line between encouraging them and making them feel that anything is possible, and making them aware of how the world will try to stop them from being the best versions of themselves.

In the book you compare Susan Collins and her vote to confirm Brett Kavanaugh to Soon-Yi Previn’s relationship with Woody Allen. What did you mean by that?

I wrote that Susan Collins was a version of how men groom women to become partners that they can control. I stand by that and would happily debate anyone over that. In everything that’s going on right now, we’re just looking at romantic relationships and personal relationships. We’re also talking about political affiliations and professional relationships. I brought up [Soon-Yi Previn’s] relationship in the book to talk about some of my own abuse that I suffered in my early 20s. It’s difficult to know that you’re in a groomed relationship if you are a woman who is with a much older man who has groomed you to become a partner that he can ultimately control. I’m not condemning that relationship or comparing it to my own experience, but I am raising questions. How do we know that our day-to-day actions are not totally affected by the men in our lives? We need to be conscious of where men’s influence ends and where we begin. 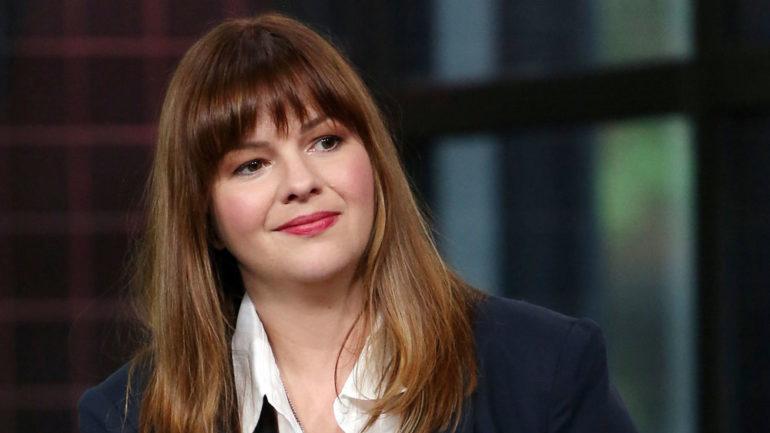