Astute viewers of last night’s “Game of Thrones” episode may have noticed that a stray Starbucks coffee cup wandered on set and wound up right in front of Daenerys Targaryen.

We’ve suspended our disbelief for giant’s milk, but Starbucks coffee might be a bridge too far. This is without a doubt a fairly egregious offense against historical accuracy, insofar that “” is a “historical” show (are dragons historical?). But some leeway may be in order considering the HBO series is not even close to the worst offender when it comes to anachronistic goofs.

Below are 14 examples of anachronisms in both TV and Film.

Imagine Mel Gibson as William Wallace giving his famous “freedom” speech in a horse urine soaked tunic instead of the traditional Scottish kilt. That probably would have been more repellent than inspiring, but alas much more historically accurate. Plaid and tartan kilts weren’t introduced until the 1700s.

Seeing ’80s pop culture staple Ferris Bueller as a Civil War general in “Glory” is a bit arresting, but that’s nothing compared to how much the sight of an extra’s wristwatch sucks the viewers out of the 1800s setting.

Over the decades in Shawshank Prison, Andy Dufrsesne starts with a Rita Hayworth poster, then updates to a Marilyn Monroe poster, and finally apparently swipes a Raquel Welch poster from the future. Morgan Freeman’s universally recognizable voice over says Andy escapes the prison in 1966. Dufresne uses the Raquel Welch “One Million Years B.C.” poster to cover up his escape tunnel, but the campy cult classic didn’t come out until 1967.

Electric Chair in “The Green Mile”

“The Shawshank Redemption” isn’t the only Stephen King prison drama that messed up time. The electric chair is a centerpiece in the “The Green Mile,” set in Louisiana during 1935. Prisoners in the film are executed on the chair, but the chair wasn’t Louisiana’s means of execution until 1940. Realistically, they would have been hanged instead.

NFL at Night in “Mad Men”

NBC news anchor Brian Williams, rather ironically, is a hawk for historical accuracy in “.” In his blog, he points out a number of “Mad Men” anachronisms, including one in which Don Draper watches an NFL game on a Saturday night. Football didn’t move to primetime until 1970.

In “Raiders of the Lost Ark,” set in 1936, a plane flies over a map that includes Thailand and Jordan. Too bad Thailand was called Siam until 1939 and Jordan was called Transjordan until 1949. Apparently Steven Spielberg didn’t brush up on his cartography history in the intervening years before the fourth installment “Kingdom of the Crystal Skull,” where a plane flies over Belize in 1957. It was actually British Honduras back in those days.

Apparently historical accuracy isn’t a metric for the Academy Awards. Clint Eastwood’s best picture-winning and 1800s-set “Unforgiven” features gunslingers who sling their guns from a belt…in belt loops, which weren’t fashionable until the 20th century.

With “Avengers: Endgame” on course to be the highest grossing film of all time, the only people unfamiliar the crime fighting super team are those from the time before the Avengers comics came into existence in 1963. In “M*A*S*H,” however, even a G.I. during the Korean War in the 1950s is seen with an “Avengers” comic book in the season four episode “Der Tag.”

Gears of War, YouTube, and iPod Touch in “The Hurt Locker”

“Gears of War” came out in 2006 on Xbox 360, which released in 2005, the same year YouTube debuted and two years before the iPod Touch hit stores in 2007. The aforementioned all make appearances in “The Hurt Locker.” The problem: “The Hurt Locker” is set in 2004.

The historical flubs of “Troy” are too numerous to list here, but we would be remiss not to make note of the llamas walking around Ancient Turkey. Unless the Peruvian mammals had transcontinental swimming abilities thousands of years ago, they probably don’t belong in Homer’s Greek epic.

Explosions sell, just ask Michael Bay. Maybe that was the motivation for having the millennia-off anachronism of powder-based explosives in the Ancient Greek Thermopylae setting of “300.” Although the bombs in “300” make for cool action sequences, combat was far more primitive.

Depiction of Persians in “Alexander”

“300” was pretty off base with its depiction of Ancient Persians, but Oliver Stone’s Alexander the Great biopic took the misrepresentation to a far more controversial level. While butchering Zoroastrian religious iconography and casting Rosario Dawson (of Irish and Caribbean descent) as a Persian understandably offended a lot of people, the main anachronism was the inclusion of turbaned Persian soldiers long before turbans were in vogue.

Morgan Freeman’s Muslim character Azeem in the Crusades era “Robin Hood: Prince of Thieves” pulls out a telescope in one scene. Although Islamic civilization was the epicenter of technological innovation at the time, it had not invented time travel to bring the 1600s Dutch invention back to the Middle Ages.

Fruit in “Pirates of the Carribean”

According to pirate stereotypes, scurvy tops the list of seafaring fears, rivaled only by walking the plank. It makes sense that the characters of “Pirates of the Caribbean” would keep lots of Vitamin C handy. Unfortunately for them, the Granny Smith apples and sweet bananas they munch on didn’t exist until the 1800s, a century after the franchise takes place. 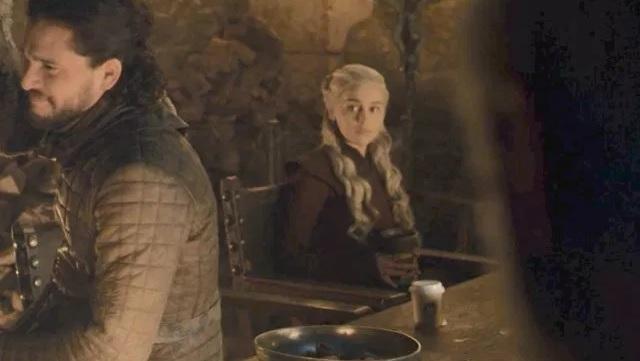