LOS ANGELES (Variety.com) – Spain’s 3D Wire Animation, Video Games and New Media Festival and market is preparing to kick off on Sept 30 beneath the Roman aqueducts of Segovia in the shadows of the Alcázar de Segovia, a castle referenced by animators when designing Walt Disney’s own.

The festival runs until Oct 6, with Oct. 3-5 dedicated to industry activities and the 3D Wire Market.

This year’s short film competition consists of 41 films. 32 form an international competition which includes films from 20 countries, while the other nine shorts will compete in a domestic competition.

The domestic competition includes three co-productions between Spain and France or the Netherlands: Daniel Martínez Lara’s “Hero” (Spain, Netherlands), Daniela Godel’s “Lemons” (Spain, France) and “Blind Eye” from a group of seven Paris Gobelins school students including Spanish animator Diego Porral, whose short film “A Day in the Park” was nominated for a Goya in 2018.

Heading back to Segovia this year are David Fidalgo with “Homomaquia,” a participant in the 2017 projects section and Carlos Baena, who hosted a masterclass at last year’s event, with his multiple-award-winning horror film “La noria.”

Six entirely Spanish shorts are highlighted by “Muedra” from stop-motion specialist Cesar Díaz Meléndez, who has worked on Oscar-nominated films in Wes Anderson’s “Isle of Dogs” and Claud Barras’ “My Life as a Zuchinni.”

This year’s international competition will host the likes of Andrew Chesworth and Bobby Pontillas, who worked on “Frozen” and “Wreck-It Ralph,” competing with their Oscar-nominated short “One Small Step”; Agnés Patron, who’s “L’heure de l’ours” was in competition at both Cannes and Toronto this year; Osman Cerfon’s SXSW and Locarno player “I’m Going Out for Cigarettes”; and Nikola Majdak Jr. and Ana Nedeljkovic’s Annie nominated Sundance hit “Untravel.”

Galician director Alberto Vázquez will be at the market with his latest short, “Homeless Home.” A two-time Spanish Academy Goya winner for “Decorado” and “Birdboy: The Forgotten Children,” Vázquez made headlines after Cannes when Variety announced that French outfit Charades (“I Lost My Body”) had boarded his feature project “Unicorn Wars.”

Long-time producer Chelo Loureiro, a six-time Goya nominee and producer on Vázquez’s “Decorado,” brings her directorial debut short “Valentina” to Segovia, about a young girl with down syndrome who looks to conquer her fear of heights and become a trapeze artist.

Projects will be competing for a series of prizes. Spanish broadcaster RTVE awards the most innovative video game or app project and VR video game. Telefonica’s Movistar+ will, for the fourth consecutive year, hand out the Short Film Project Award, which includes a €9,000 ($9,915) broadcast deal for a period of two years and a guarantee that the finished film will be officially released at 3D Wire in 2020 or 21.

New this year, 3D Wire has joined the La Liga Award initiative, through which two series or feature film projects will be supported with travel and accreditation to the Ventana Sur Animation! sidebar at the Argentine market in December. The award is backed by INCAA, Ventana Sur, ICAA in Spain and La Liga de Animación Iberoamericana. 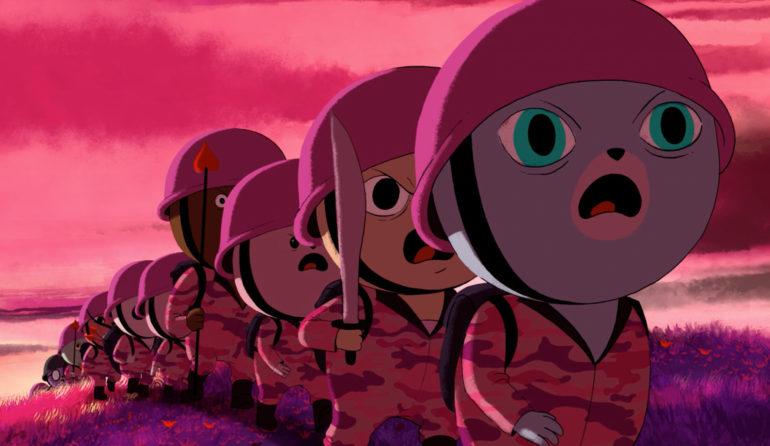