The Super Bowl is the year’s most-watched U.S. television broadcast, regularly drawing more than 100 million viewers. The game will be played on Feb. 3 in Atlanta. CBS, which will broadcast Super Bowl LIII from Atlanta on Sunday, is seeking between $5.1 million and $5.3 million for a Big Game ad package this year. 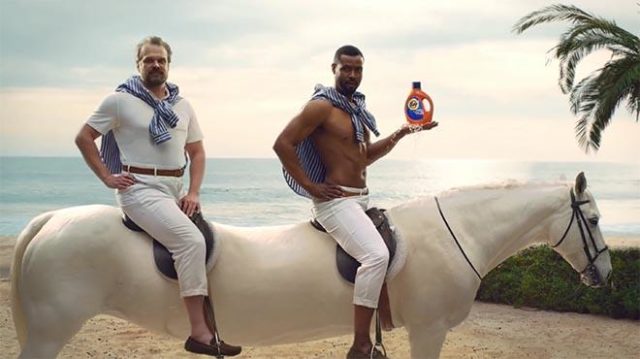 We will focus on those ads that have shaken the Super Bowl system and given us new ways to consider how to build the biggest, most-watched and most-talked-about commercials in the United States.

Make sure and let us know if you think we got them all:

What: This ad lasted a mammoth two minutes – an eternity in the world of television advertising. With the Eminem song “Lose Yourself” thumping in the background, a Chrysler 200 moves through the streets of Detroit (“What does a town that’s been to hell and back know about the finer things in life?”) and proclaimed the return of the U.S. auto industry from recession.

Why: By insisting upon a non-traditional ad length that cost four times as much as the typical Super Bowl (and forcing broadcaster Fox to rearrange the game’s advertising lineup), Chrysler seized upon the national mood at the time and demonstrated that anyone with a new idea and a lot of cash can change even TV’s mightiest institution.

What: Amateurs contributed oddball homilies to the sometimes cheesy, sometimes spicy chip made by PepsiCo’s Frito-Lay snack unit as part of a real contest for cash and recognition. Over the years, entries have depicted 22-year-old winner Kina Grannis singing her composition “Message to Your Heart” and a pug crashing through a sliding glass door to get to a bag of the snack.

Why: The lesson is obvious: You don’t need special effects and highly paid creative executives to design a winning commercial, particularly in an era when grainy, streaming video has proven to win the eyeballs of a consumer base more accustomed to such stuff on YouTube.

What: GoDaddy set tongues wagging with an impertinent commercial showing a model testifying before what looked to be a congressional committee about her desire to be in an ad. Her attire was suspect from the beginning – a tank top.Within seconds of the ad’s start, viewers saw a wardrobe malfunction, and the woman, attempting to collect herself, explained what GoDaddy was to a startled assemblage.

Why: Once upon a time, the Super Bowl was a place for blue-chip marketers. Since the dot-com boom, however, flashy upstarts and hard-nosed entrepreneurs have been eager to use the event to fuel awareness, and the networks just can’t resist – even if it means opening the ranks of the gridiron classic to a marketer more commonly associated with direct-response TV ads. GoDaddy would go on to become one of the longest-running sponsors of the Super Bowl, while Cash4Gold has (so far) never been seen in the event again.

7. Netflix, trailer for “The Cloverfield Paradox”

What: crashed Super Bowl LII with the surprise announcement that this new entry in Paramount’s “Cloverfield” sci-fi series was suddenly available, telling viewers it would be available for them to see as soon as NBC’s broadcast was over.

Why: This spot heralded the true advent of streaming-video players in the world of entertainment marketing (HBO and Amazon also ran trailers for “Westworld” and “Jack Ryan,” respectively, as part of the 2018 Super Bowl ad roster). Netflix used the ad to brazenly, essentially telling hundreds of millions of people to stop watching NBC as soon as convenient.

Why: The “Beautiful” ad was one of the earliest examples in a growing push by some of America’s biggest and most influential advertisers recognizing their customers hail from a more diverse population than the one consuming their goods in say, 1955. Others sparked the trend as well –  one ad that aired in the 2014 game for Cheerios depicted an interracial marriage.

Both concepts drew hateful comments, but pointed to a larger truth: Advertisers need to appeal to all potential customers, not just those who have historically enjoyed a premium position. Since that time, the Super Bowl ad roster has been filled in part by sponsors eager to shed a light on social issues. And Coke would run the ad again during pre-game coverage of Super Bowl LI.

What: In 2015, Chevrolet made a stunning appearance just before the kickoff of Super Bowl XLIX that made it look as if NBC’s feed of the game had been disrupted by some sort of technological glitch.

In reality, the commercial just went dark for seven seconds. in 2017 scored with an ad that put a stain on announcer Terry Bradshaw’s shirt during the Fox Sports broadcast, then showed him working frantically to remove it using Tide.

Why: As the advent of digital media has made a new generation of viewers increasingly comfortable with skipping past ads (or watching fewer of them in real time), advertisers have pressed aggressively for new ways to tie their pitches more directly to the programs. In recent years, they have succeeded.

What: The irascible Letterman, never known for his eagerness to take part in promotional stunts devised by others, got Oprah Winfrey to appear with him in a 2007 CBS Super Bowl promo. Winfrey had been the target of an odd, poorly received joke Letterman made when he hosted the 1995 Oscars broadcast.

Three years later, Letterman topped himself, and really raised eyebrows: He persuaded rival Jay Leno, then under scrutiny for returning to his “Tonight Show” perch after NBC had an acrimonious split with then-host Conan O’Brien, to join the fun along with Winfrey.

Why: TV-network promos are old-school affairs, offering a peek at a coming program while telling viewers about the time and date of air. Letterman’s clever executions raised the bar, however, and Fox and NBC have followed his example in the years that have followed.

What:  In P&G’s 2018 four-ad effort, Tide “hijacks” a variety of different commercials that start off as ads for beer, Mr. Clean, Old Spice and other common pitches. In Bud’s multiple-commercial game within a game, bottles  of the brewer’s flagship Budweiser take the field against bottles of Bud Light (Bud Ice and Bud Dry would appear as the series wore on) in a stop-motion-animation classic that sometimes seems as  furious a contest as the game itself.

Why: Too many advertisers think of Super Bowl commercials as “one-offs.” With some strategic thinking, however, they can create a story line that compels viewers to follow along from first quarter to fourth. Bud’s faux gridiron contest even prompted some people to gamble on its outcome – proof positive that advertisers can use the Super Bowl to craft something much bigger than a couple of 30-second TV commercials.

What: An athlete, chased by troopers, bursts into a room of cowed citizens staring dumbstruck at a Orwellian scene: A bloviating orator talking via a big screen about the importance of maintaining unified thought and vision. The intruder hurls a sledgehammer into the air to stop the indoctrination and wake up the crowd.

Why: was trying to take a poke at then-dominant IBM and draw attention to its upstart Macintosh computer, but in putting this seminal ad on the air (and never running it in full since), the marketer tried to make us think rather than make us chuckle before moving on to the next thing. If only more Super Bowl ads could do the same.

What: A young boy dressed as Darth Vader from “Star Wars” attempts to harness the Force to make things happen, like waking up a dog. Of course, he really has no powers. So imagine his surprise when he discovers he can start a Volkswagen Passat (it turns out his father was using a remote control).

Why: Volkswagen became the first advertiser to truly harness social media to wring more value from its Super Bowl efforts. The automaker put a 60-second version of the commercial on YouTube the week before it was supposed to debut in the Super Bowl, and generated millions of views and viral chatter, whetting consumers’ appetites to see it when it finally ran in the game in 30-second form.

Rihanna’s reported boycott of the Super Bowl appears to be having a ripple effect. The comedian and actress Amy Schumer has said she will not appear in any commercials during the 2019 Super Bowl in support of National Football League quarterback Colin Kaepernick’s protests against racial injustice. 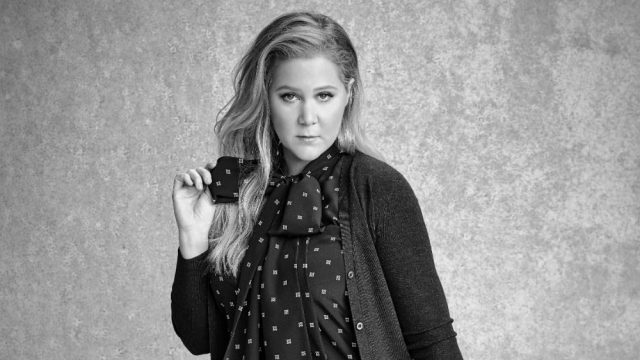 U.S. media reported on Friday that singer Rihanna had declined an offer to perform during the halftime show in support of Kaepernick, who in 2016 began kneeling to protest multiple police shootings of unarmed black men.

We want to stand up

Tennis champion Serena Williams will star in a year-long marketing campaign for the Bumble social networking app that will kick off with a message of women’s empowerment during the Feb. 3 Super Bowl, Williams. 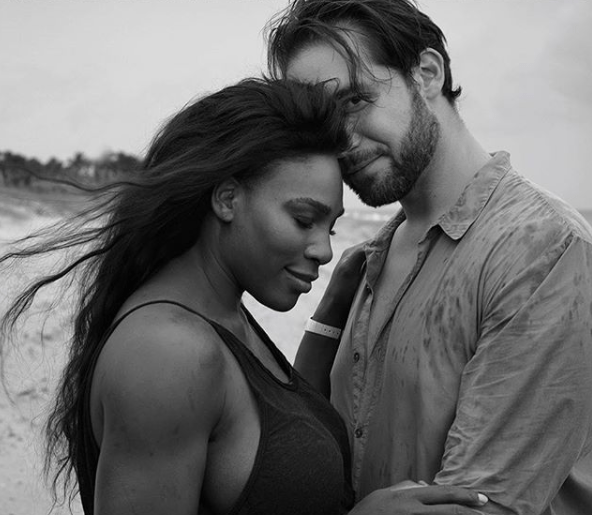 Bumble began in 2014 as a dating platform for women to start discussions with potential male partners.  In the campaign called “The Ball is in Her Court,” Williams will urge women to make the first move in all aspects of their lives.