If you’re looking to take a break from high temps or stay home and cocoon with your fireworks-fearing pup, you can celebrate the nation’s independence, be entertained, and maybe even learn something at the same time. Check out these 10 movies and shows streaming now that will have you mastering U.S. history in no time. 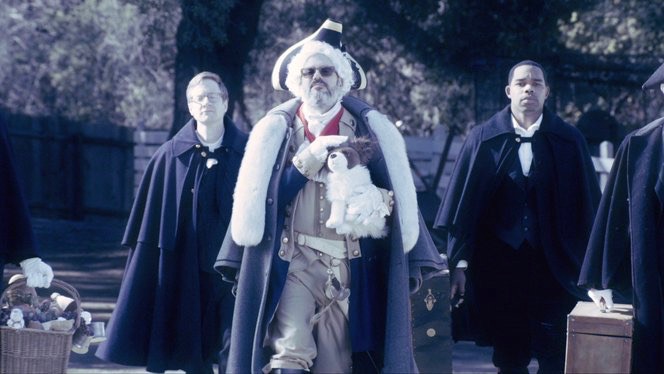 The premise behind “Drunk History” is simple: What if your history teacher preached the most interesting aspects of history, but did it after finishing off too many IPAs before class started?

By far one of the best segments happens during the second episode of Season 2, where Patrick Walsh struggles and slurs his way through the story of how lifelong friends and founding fathers Thomas Jefferson and John Adams became bitter enemies over the course of the 1800 presidential election.

In only the way “Drunk History” can, the show hilariously shows how the campaign devolved into a schoolyard war of words, with the two men (who would both end up on U.S. currency) calling each other names and telling crowds lies about their devious sexual desires. 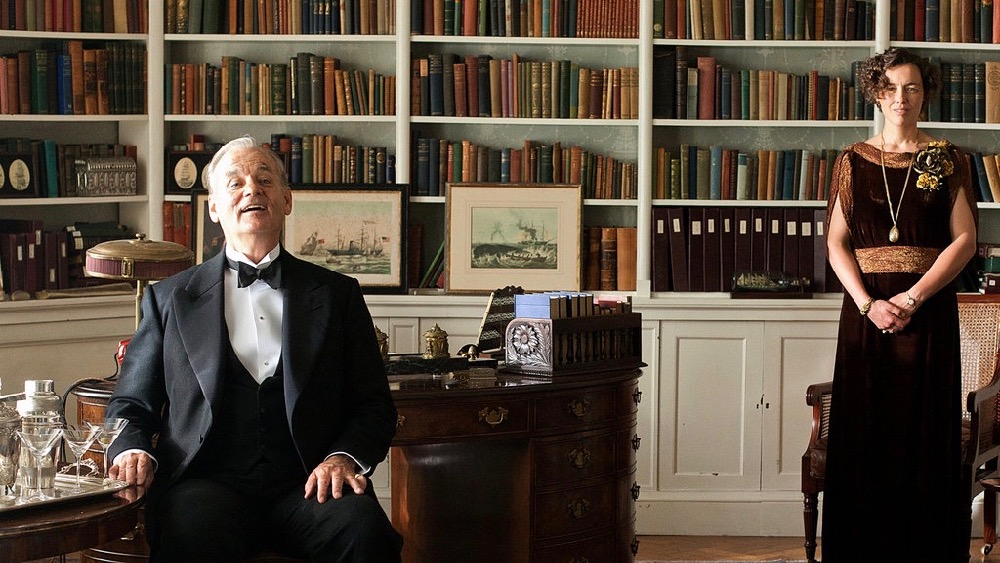 The film also riffs on King George VI’s anxiety about eating a hot dog in public, which is far funnier than it sounds.
— EC

World War II: “A League of Their Own” 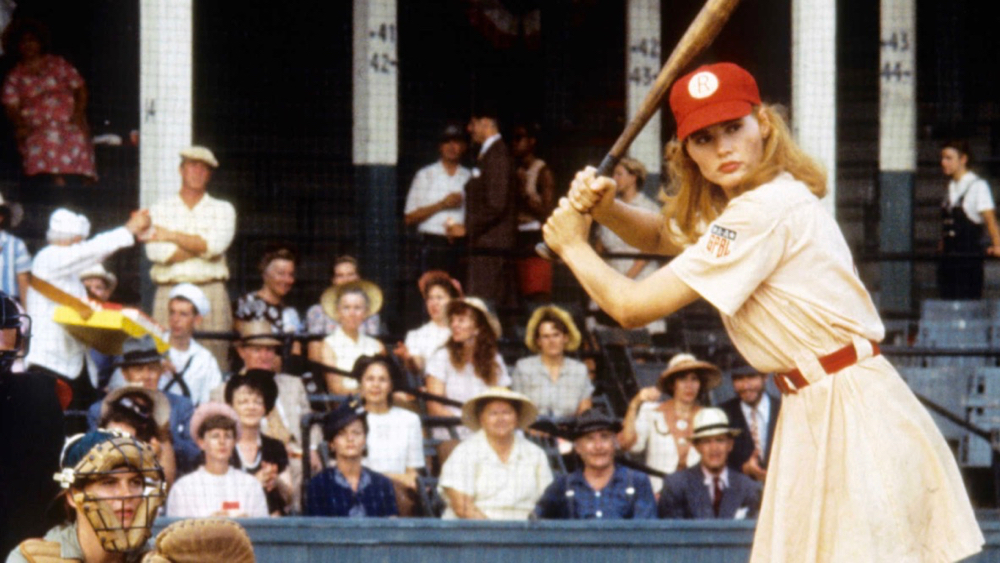 “There’s no crying in baseball!”

The comical 1990s classic tells the story of the female athletes who took over Major League Baseball while men were away at war, featuring a ragtag ensemble cast of influential women, from Rosie O’Donnell to Madonna. 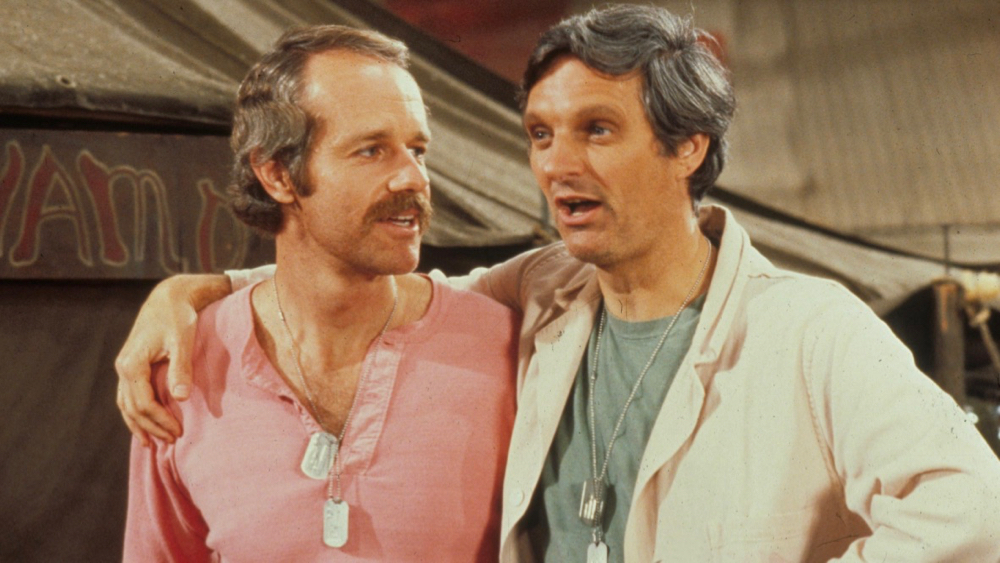 The series, which was adapted from Robert Altman’s hit 1970 film, followed Benjamin Franklin “Hawkeye” Pierce (played by Alan Alda) and his tag team of doctors, nurses, and support staff as they endeavored to remedy their boredom in between “meatball surgeries” while stationed at the 4077th Mobile Army Surgical Hospital in Uijeongbu, South Korea, during the Korean War

The 2017 historical hit about three African American women who played integral roles in sending American astronauts into space during the Cold War snuck up on the 2017 Oscar race, ultimately landing three nominations. 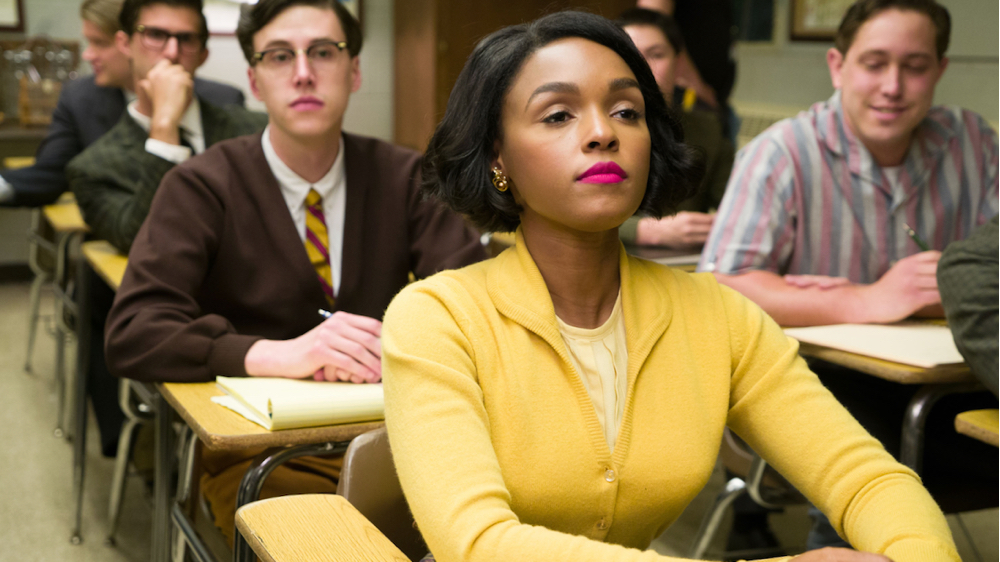 The cast — almost as star-studded as space — includes Octavia Spencer, Taraji P. Henson, and Janelle Monae, who bring power and humor as pioneers for both NASA and the Civil Rights Movement.

The late Robin Williams stars as Adrian Cronauer in “Good Morning Vietnam,” a comedy about a radio DJ’s attempts to turn the Armed Forces Radio Service into a station where Vietnam War G.I.s can find solace. 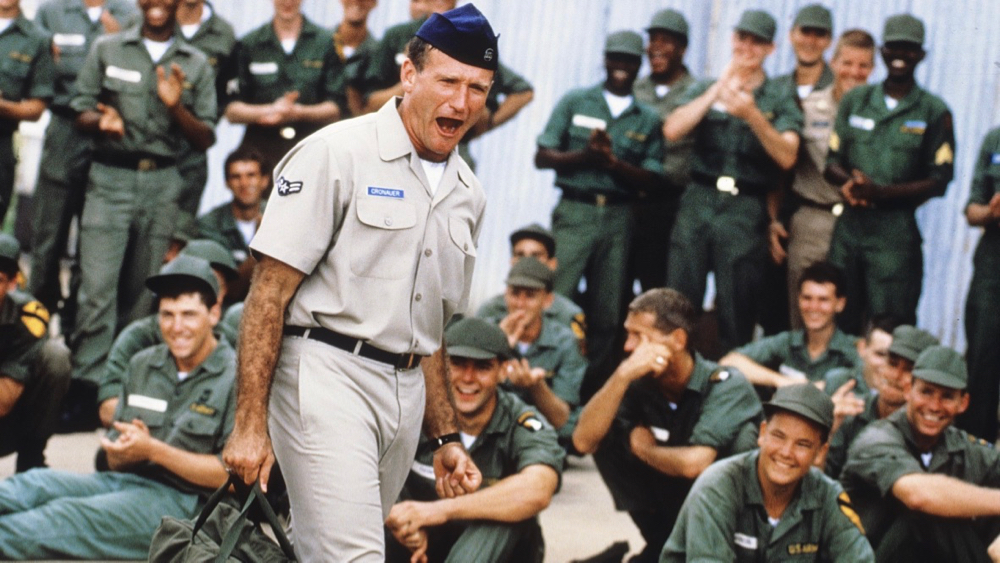 Featuring a screenplay by a former “M*A*S*H” writer and fully improvised radio broadcast bits, “Good Morning Vietnam” received high praise from critics when it premiered, earning Williams a Golden Globe for best actor in a musical or comedy film for his performance. 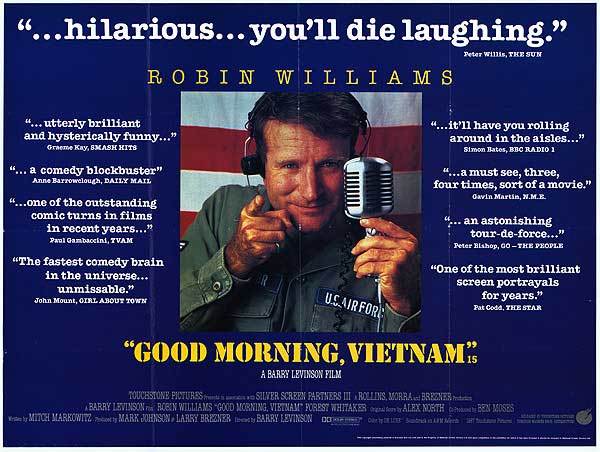 On the surface, the Denzel Washington-starrer may seem like just another underdog sports success story. 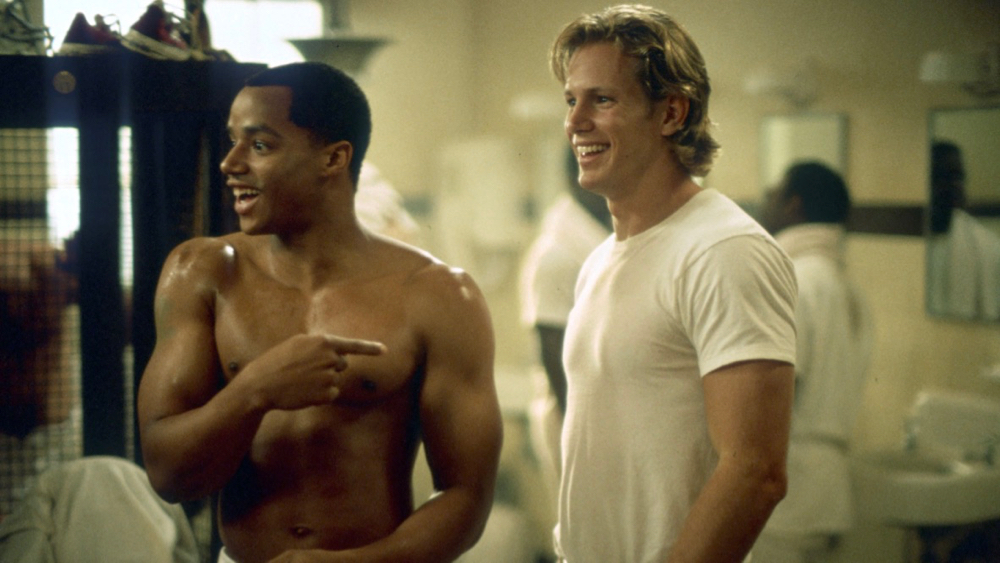 “Remember the Titans” is about much more than a high school football drama, telling the true story of complex race relations in the years after the Civil Rights Movement between its star athletes who slowly begin to change the divided minds of their town through teamwork and compassion.

Washington takes on the role of real-life coach Herman Boone, with Will Patton, Wood Harris, and Ryan Hurst in the supporting cast.

This revisionist comedy features Michelle Williams and Kirsten Dunst as Betsy and Arlene, the true whistleblowers behind the Watergate scandal.

Never heard of them?

Doesn’t sound like the Deep Throat from the history books? 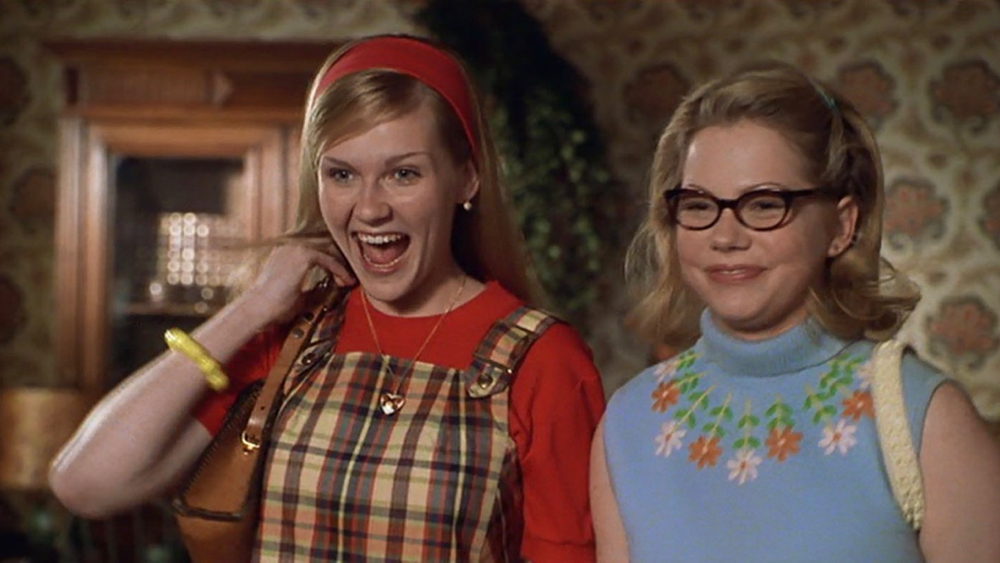 Then check out “Dick,” a 1999 comedy revolving around two harebrained teenagers who fumble their way into influencing the Vietnam War peace proceedings by giving Richard “Tricky Dick” Nixon pot cookies and accidentally uncovering the Watergate conspiracy. Just don’t try to convince your friends it actually happened.

The United States’ involvement in the Middle East in the 1980s and its effects going into the 21st century is a complex and confusing topic for any screenwriter to tackle. 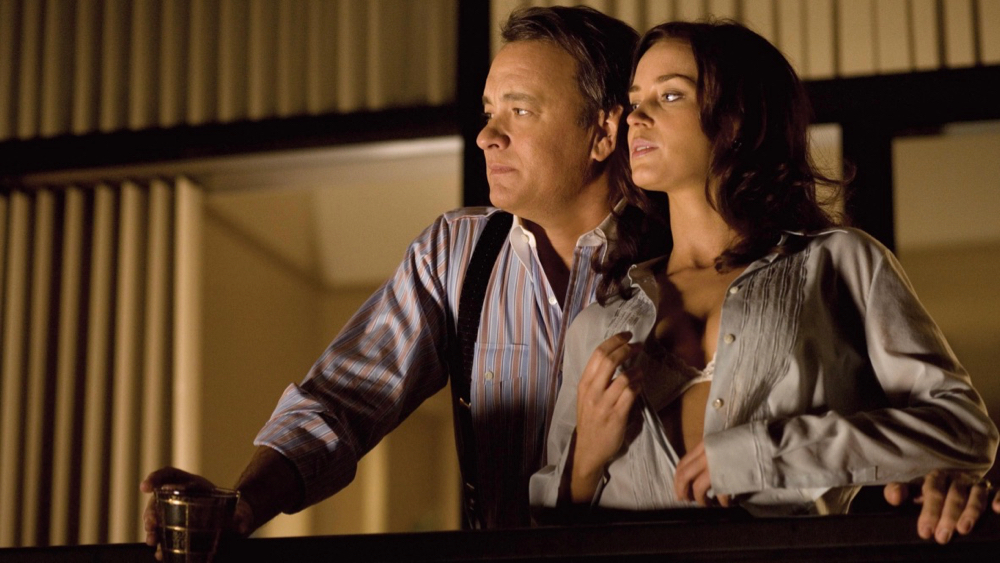 However, Mike Nichols’ “Charlie Wilson’s War” manages to not only capture the Reagan-era policies in a way anyone can understand, but somehow succeeds in making it funny at the same time.

The Iraq War: “The Men Who Stare at Goats”

Acting as a fictionalized parody of Jon Ronson’s non-fiction book, “The Men Who Stare at Goats” focuses on the U.S. Army’s investigations and attempts to exploit paranormal phenomena for military advantage. 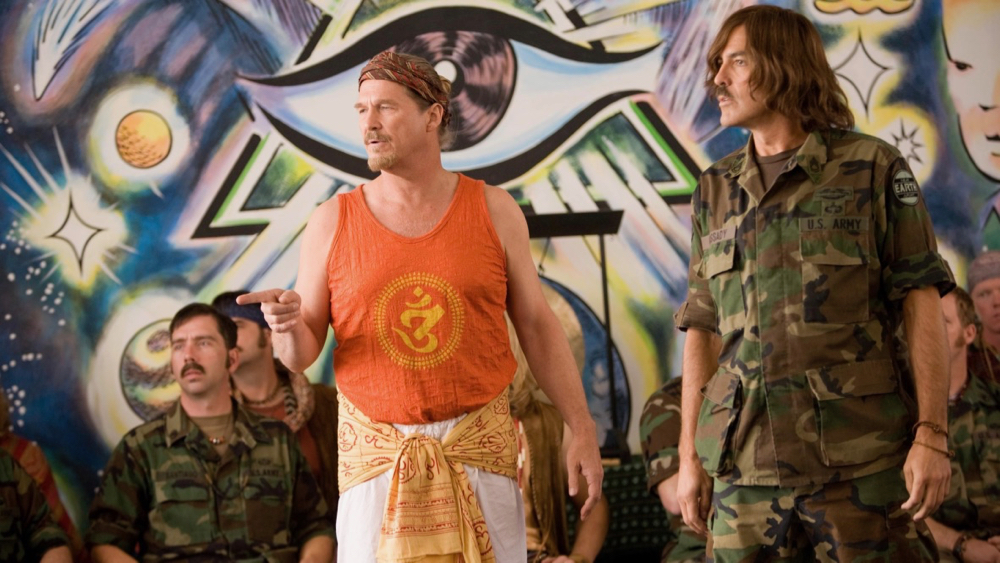 “” stands for WTF in the NATO alphabet code, and highlights the comedic tone for the film, which sets Operation Enduring Freedom in Afghanistan in its sights. 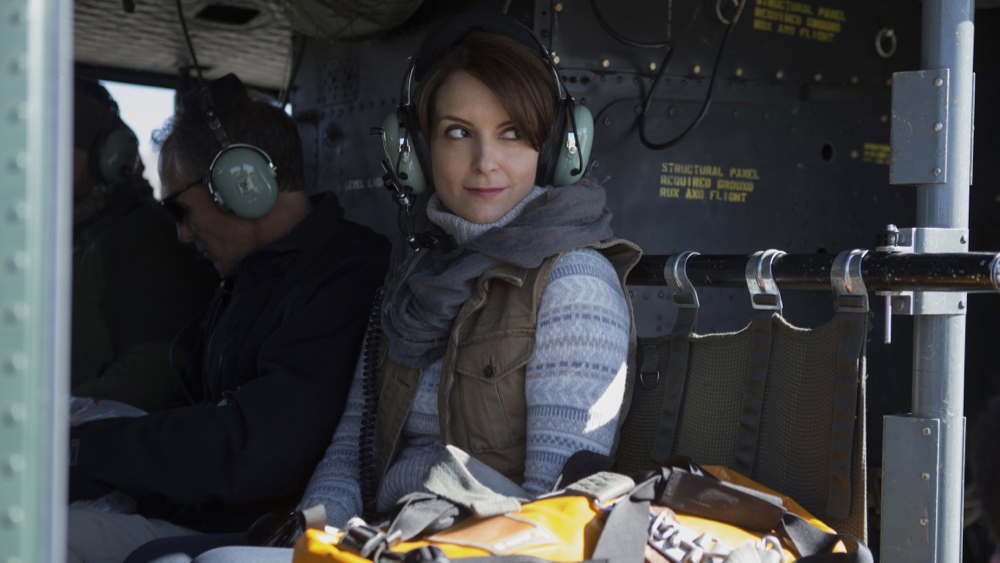 Starring Tina Fey, Margot Robbie, and Martin Freeman, the movie follows war correspondent Kim Baker as she documents the disillusioned American combatants and works to overcome her disadvantage as a woman working in Islamic society.